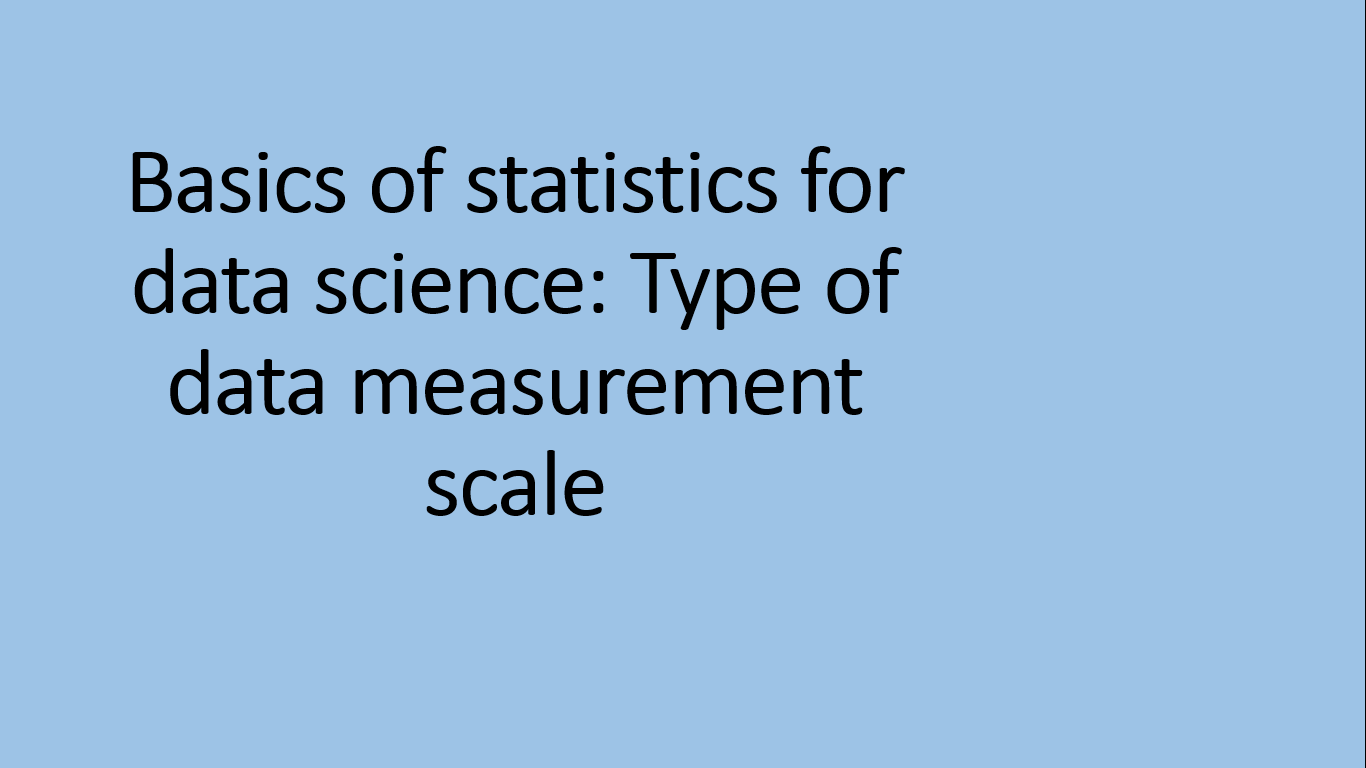 Each value on the measurement scale has a unique meaning
Magnitude

Values on the measurement scale have an ordered relationship to one another. That is, some values are larger and some are smaller
Equal intervals

A minimum value of zero.

The scale has a true zero point, below which no values exist

Variable type based on data

Based on the above measurement properties, any variable will be categorized into nominal, ordinal, interval and ratio scale. Generally speaking, you will have categorical variable and continuous variable.

In the below table, you can make distinction between different variable types based on the measurement properties mentioned above.

Ordinal variable has identity as well as carries magnitude. For example let us say the speed of the train is low, medium and high in that case we can say that there is an order in the relationship. Low < medium < high

Interval variable has identity, magnitude and equal distance as property but it doesn’t take a minimum value of zero. For example, Economic growth can be 0, positive growth and negative growth hence it is interval variable

Ratio variable has identity, magnitude and equal distance as property and it does take a minimum value of zero. For example income can be 0 to some positive value however it doesn’t take a negative value.

Interval and Ratio variables are considered as continuous variables.

There are various statistical packages like SPSS, SAS, R or Python, they do not distinguish between Interval variable and ratio variable as approach to analyses do not differ for these two kinds of variables. They are also called as continuous variables or numeric variables.

I hope you enjoyed reading this blog and clarifies your concept related to type of data / variable.

The next step after identifying the type of variable in the datasets is to analyze the data.

Learn how to perform Descriptive analysis of the data by following the steps given in the link below.

You are already Subscribed!!!