What the world is talking about 21st century data science job? 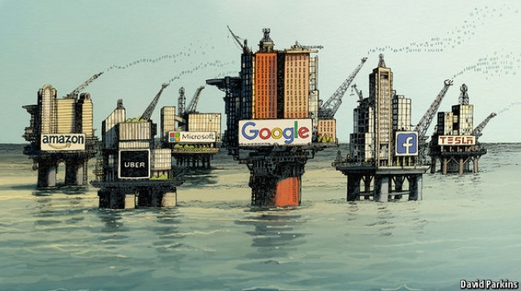 Data scientist are the new breed of professionals with an aptitude and curiosity towards data to generate insights and discoveries in the world of data. The title “Data Scientist” was coined by D.J. Patil, and Jeff Hammerbacher, leads of data analytics at LinkedIn and Facebook respectively.

The world has changed considerably in the last 10 years. Earlier the world’s valuable resource were considered as fossil fuels but not longer[i]. Data is considered as new oil in the digital era. The companies who are sitting on this fortune reserves are google, facebook, apple, amazon and flipkart. There are large number of social media platforms and explosion of data being generated on internet and social media platforms due to sharing of images and videos. There is increase in number of mobile devices and sensors responsible for creating data.

Earlier there was a problem in storing such huge amount of data however today we have technologies to store the data in a distributed environment like hadoop and therefore associated computing with such big data is possible. This big data contains treasure trove of information. That’s where the role of data scientist comes into the picture. To cull out insights from the information and develop predictive and prescriptive models.

McKensey and company suggests that there almost 1,40,000 to 1,90,000 job openings for data scientist only in USA indicating that data science skill is much in demand and highly rewarding job today in the world. The glassdoor a leading talent and recruitment portal suggests that average salary of a data scientist in USA is approximately USD 1,20,000 per year. There is a continuous upward trend for the data scientist salary. Hal Varian, Google’s chief economist says that “the problem is not lack of resources, but is lack of skills.” [ii] Companies are willing to allocated resources but are not able to find data scientist with requisite skills. Therefore, the current demand for data scientist is much higher as compared to the supply in the market. Thus, it makes imperative to choose data science as a career.

But what are the skills required for becoming a data scientist? These skills are data storing, data visualization, and insights generation in the form of predictive and prescriptive models according to an article of HBR.org[iii]. Data science is “concept to unify statistics, data analysis, machine learning and their related methods” in order to “understand and analyse actual business phenomena” with data. First, this implies one needs to have a good knowledge of mathematics and statistics. Second, The domain knowledge that is understanding of the business problems from the functional point of view i.e. Marketing, Risk, finance, Human Resources and operations etc. Sectoral / industry knowledge like retail, telecom, financial services, manufacturing, and insurance services. Third, an analytical tool / software which involves some computer programming to build the models. Therefore data science becomes an interdisciplinary field.

So go ahead become part of this much in demand profession!!!Reference

You are already Subscribed!!!